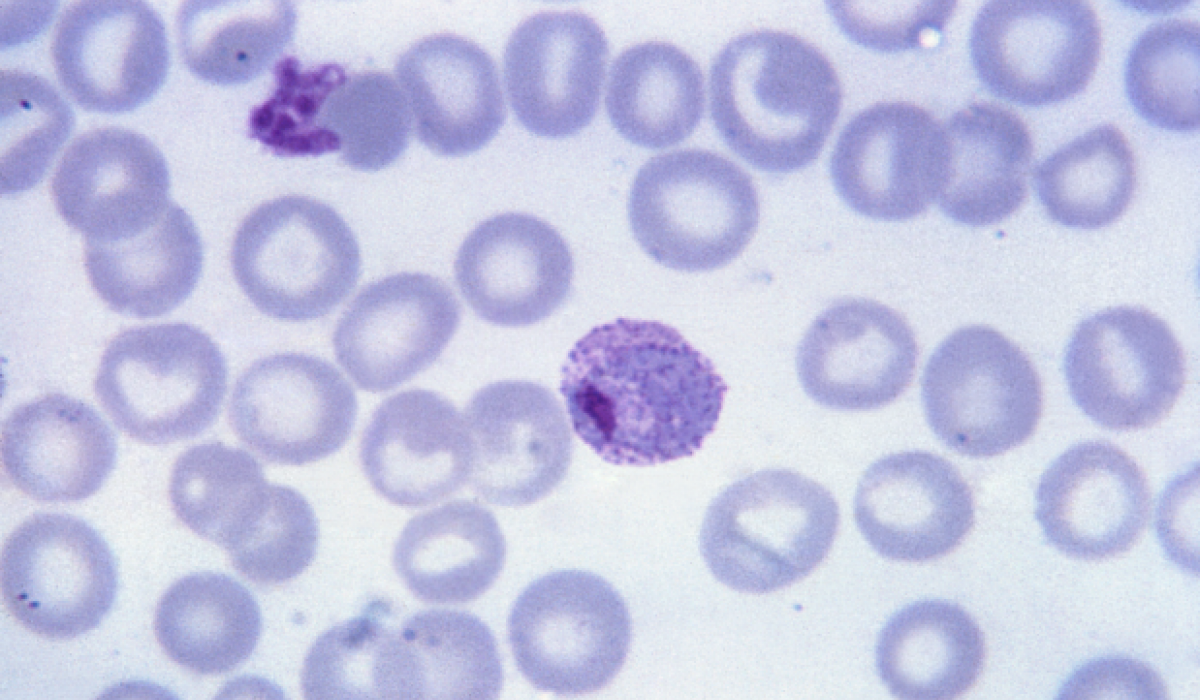 Plasmodium vivax is a protozoal parasite and a human pathogen. The most frequent and widely distributed cause of recurring (Benign tertian) malaria, P. vivax is one of the six species of malaria parasites that commonly infect humans. It is less virulent than Plasmodium falciparum, the deadliest of the six, but vivax malaria can lead to severe disease and death due to splenomegaly (a pathologically enlarged spleen). It afflicted as many as eight U.S. presidents—including George Washington and Abraham Lincoln—and may have helped kill Genghis Khan. P. vivax is carried by the female Anopheles mosquito, since it is only the female of the species that bite.

P. vivax was found mainly in the United States, Latin America, and in some parts of Africa. More recently it became a plague of low- and middle-income countries, except those in sub-Saharan Africa, where the P. vivax map has a conspicuous hole. Overall it accounts for 65% of malaria cases in Asia and South America.

As overall malaria rates fall in a region, its proportion of cases increases. It has been estimated that 2.5 billion people are at risk of infection with this organism.

P. vivax is carried by at least 71 mosquito species. Many vivax vectors live happily in temperate climates—as far north as Finland. Some prefer to bite outdoors or during the daytime, hampering the effectiveness of indoor insecticide and bed nets. Several key vector species have yet to be grown in the lab for closer study, and insecticide resistance is unquantified.

Unlike P. falciparum, P. vivax can populate the bloodstream with sexual-stage parasites—the form picked up by mosquitoes on their way to the next victim—even before a patient shows symptoms. That means that promptly treating symptomatic patients doesn't necessarily help stop an outbreak, as it does with falciparum malaria, in which fevers occur as sexual stages develop. Even when symptoms appear, because they are usually not immediately fatal, the parasite continues to multiply.

The parasite can go dormant in the liver for days to years, causing no symptoms and remaining undetectable in blood tests. They form what are called hypnozoites (the name derives from "sleeping parasites"), a small form that nestles inside an individual liver cell. The hypnozoites allow the parasite to survive in more temperate zones, where mosquitoes bite only part of the year.

A single infectious bite can trigger six or more relapses a year, leaving sufferers more vulnerable to other diseases. Other infectious diseases, including falciparum malaria, appear to trigger relapses.

The incubation period for the infection usually ranges from ten to seventeen days and sometimes up to a year. Persistent liver stages allow relapse up to five years after elimination of red blood cell stages and clinical cure.

The infection of Plasmodium vivax takes place in human when an infected female anopheles mosquito sucks blood from a healthy person. During feeding, the mosquito injects saliva to prevent blood clotting (along with sporozoites), thousands of sporozoites are inoculated into human blood; within a half-hour the sporozoites reach the liver. There they enter hepatic cells, transform into the tropozoite form and feed on hepatic cells, and reproduce asexually. This process gives rise to thousands of merozoites (plasmodium daughter cells) in the circulatory system and the liver.