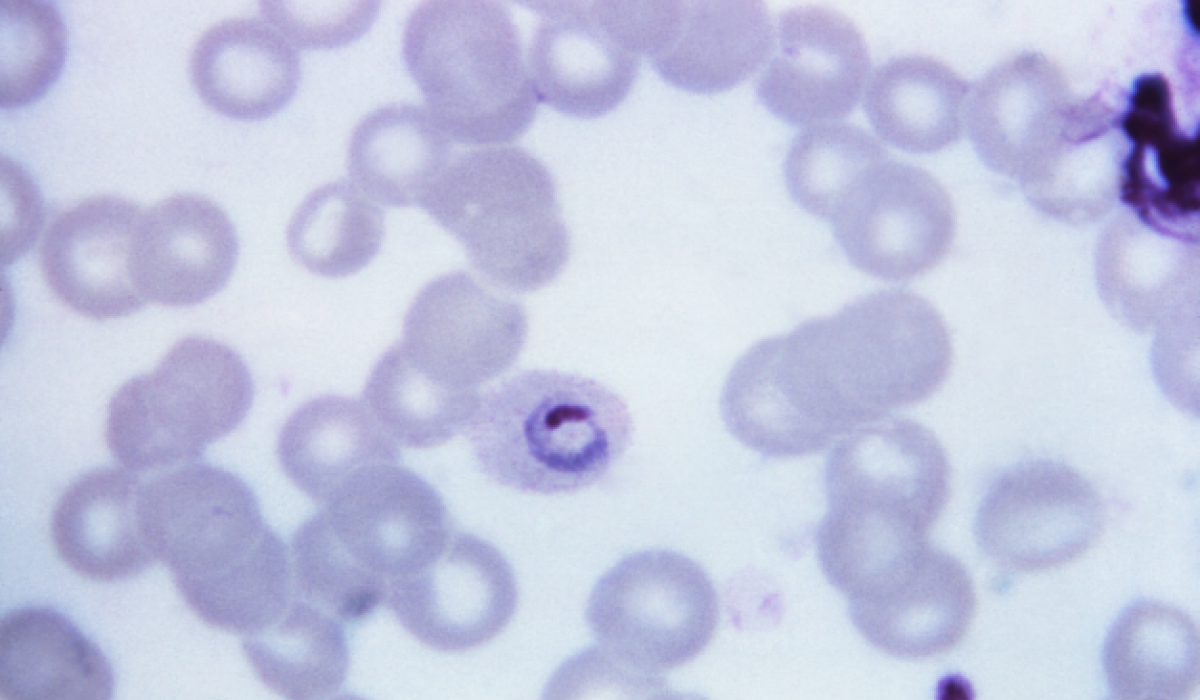 Plasmodium ovale is a species of parasitic protozoa that causes tertian malaria in humans. It is one of several species of Plasmodium parasites that infect humans including Plasmodium falciparum and Plasmodium vivax which are responsible for most malarial infection. It is rare compared to these two parasites, and substantially less dangerous than P. falciparum.

While it is frequently said that P. ovale is very limited in its range being limited to West Africa, the Philippines, eastern Indonesia, and Papua New Guinea, it has been reported from Bangladesh, Cambodia, India, Thailandand Vietnam

The reported prevalence is low (<5%) with the exception of West Africa, where prevalences above 10% have been observed.

The epidemiology of this parasite is in need of updating because the most recent global map of its distribution was produced in 1969.

It has been estimated that there are about 15 million cases of infection each year with this parasite.

Among the species infecting the great apes, Plasmodium schwetzi morphologically appears to be the closest relation to P.ovale. As of 2013 this had not been confirmed by DNA studies.

The original species has been shown to be two morphologically identical forms - Plasmodium ovale curtisi and Plasmodium ovale wallikeri - which can be differentiated only by genetic means. Both species have been identified in Ghana, Myanmar, Nigeria, São Tomé, Sierra Leone and Uganda. The separation of the lineages is estimated to have occurred between 1.0 and 3.5 million years ago in hominid hosts. A second analysis suggests that these species separated 4.5 million years ago (95% confidence interval 0.5 – 7.7 Mya).

The two species appear to differ in their biology with P. ovale wallikeri having a shorter latency period than P. ovale ovale.