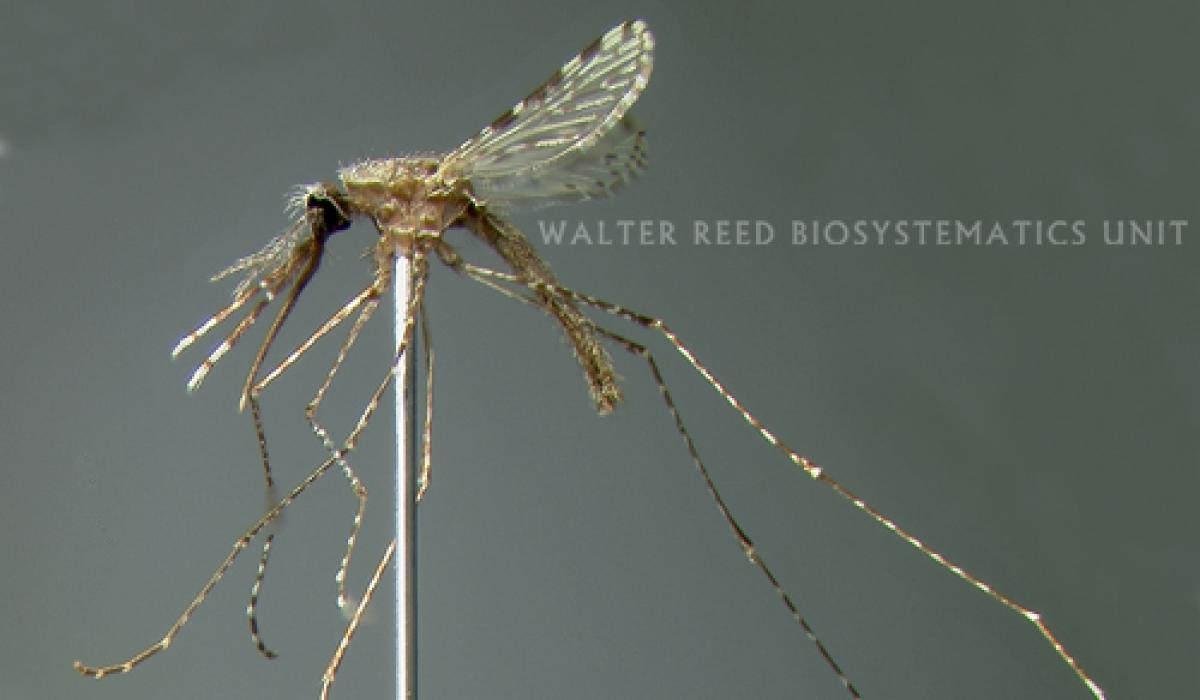 Members of the Maculatus Group are typically found in or near hilly and mountainous areas. Larvae have been collected in a diverse number of permanent or semi-permanent bodies of clean water that are often exposed to direct sunlight, including ponds, lakes, swamps, ditches, wells, different types of pools (grassy, sandy, ground, flood, stream), margins along small, slow-flowing streams, gravel pits along stream margins, seepages, springs, rice fields, foot and wheel prints, and occasionally tree holes and bamboo stumps. More specific studies have shown that each species has a preferred habitat. For instance, larvae of An. willmori are found only along stream margins at altitudes between 990m and 1450m in northern Thailand, whereas larvae of An. pseudowillmori have been collected primarily in rice fields, stream margins, ponds, pits and wells. An. maculatus prefers to use pools of water formed on the banks of rivers and waterfalls most commonly shallow pools 5-15cm deep with clear water, mud substrate and emergent plants. This species also requires, or strongly prefers, open to partially shaded habitats. Habitats are commonly located at 100m to 400m from the nearest human settlement.

In general, females are more strongly attracted to cattle than humans, but freely bite people both inside and outside houses. An. maculatus and An. sawadwongporni appear to be the least zoophilic of the species and exhibit early biting activity, peaking between 18:00 and 21:00. An. dispar and An. greeni exhibit strong exophagic and zoophilic behaviours. The combination of the early evening biting activity of these malaria vectors (particularly An. maculatus and An. sawadwongporni) and their zoophilic and exophilic tendencies indicates that they will be less affected by vector control methods based on indoor residual spraying and insecticide-treated bed nets. However, a strategy of creating a barrier using insecticide on vegetation near cattle or other animal hosts may provide significant in the control of these vectors.

Members of the Maculatus Group are variously involved in malaria transmission. However, the vector role of each species is not precisely known and their vectorial capacity appears to vary depending on geographical location. An. maculatus has the widest distribution of all species of the group but it is only an important vector of human malarial parasites in hilly areas of eastern India, southern Thailand, peninsular Malaysia and south-central Java. Anopheles sawadwongporni is considered an important vector in Thailand and An. pseudowillmori is a secondary vector in northwestern Thailand along the Myanmar border. Anopheles. willmori is one of the primary vectors in Nepal, but it is seldom collected in Thailand and does not appear to be involved in malaria transmission there. Anopheles dispar and An. greeni are regarded as secondary vectors in the Philippines. Anopheles notanandai, An. dravidicus and An. rampae are not known to be involved in malaria transmission. (Source: Vectorbase, foto: mosquitocatalog)