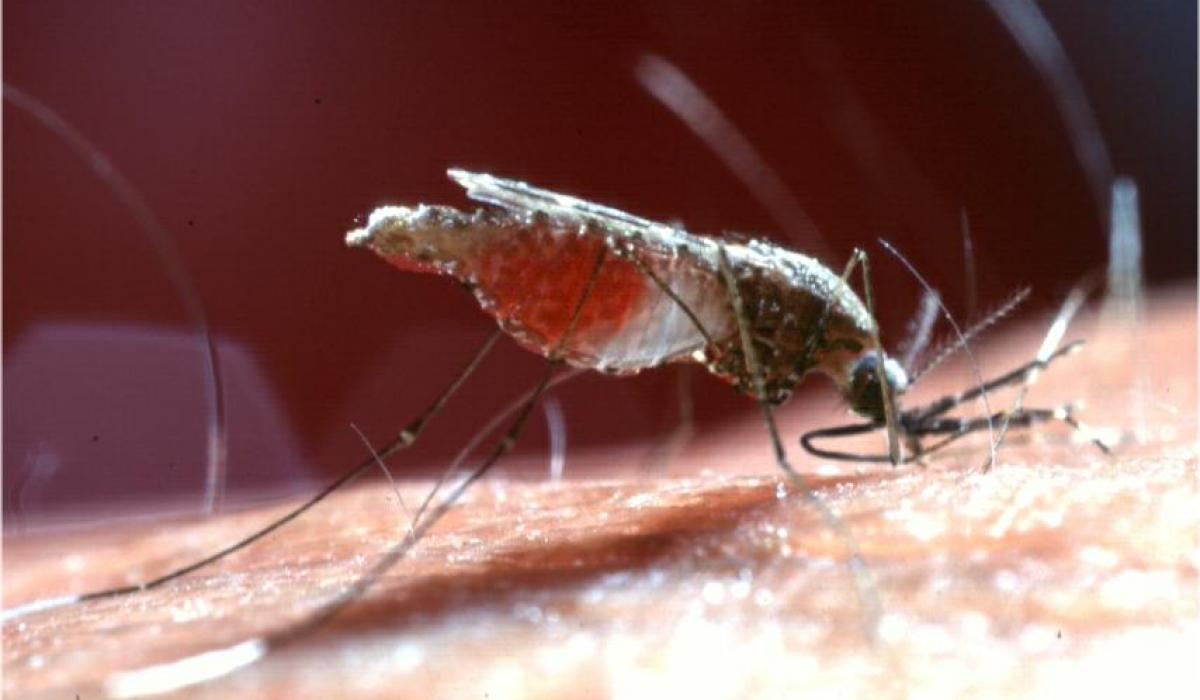 Anopheles darlingi is a major malaria vector in the Americas. Its broad geographical distribution, ranging from southern Mexico to northern Argentina, is coupled with a high morphological, behavioral and genetic diversity. Support for considerable genetic variation within this taxon comes from the analysis of polytene chromosomes, isozymes, as well as nuclear and mitochondrial DNA markers.

Analysis of the An. darlingi population structure based on the cytochrome-oxidase subunit 1 mitochondrial gene (COI) provided evidence in support of two significant subdivisions among An. darlingi populations from Central (including northwestern Colombia) and South America, with FST values similar to those found among different species. This finding was substantiated by the analysis of microsatellite markers, which revealed limited gene flow between Central America and Brazil and Peru. Also, patterns of variation within the single-copy nuclear white gene, with five fixed non-synonymous mutations detected between the northern and southern An. darlingi populations (hereafter termed northern and southern genotypes), were consistent with the COI studies. Three localities were identified in the Amazon basin where the two genotypes co-occur (Iquitos, Peru; Guayaramerín, Bolivia; Fortuna near Puerto Ayacucho, Venezuela), but no hybrid specimens were detected there.

Recent studies revealed that the distribution of the COI gene variants within South American populations, especially those recovered from Brazil, reflects subdivisions consistent with geographical elements, such as the Amazon River Delta and mountains in southeastern Brazil, as barriers to gene flow. Significant population structure of An. darlingi, identified using microsatellites markers, also was reported in a malaria-endemic region of eastern Amazonian Brazil.

Overall, these findings support the hypothesis that An. darlingi is experiencing incipient speciation, with the northern and southern genotypes as the units of speciation, although other results appear to counter this hypothesis. Therefore, it is critical to investigate the status of this taxon and elucidate the processes driving divergence between alternative genotypes.

The mtDNA markers are used often for phylogenetic and population genetics analyses because of ease of their amplification and high information content at different evolutionary levels, including variation within and between populations. To date, mtDNA genomes are available for only three anopheline species, belonging to the subgenera Anopheles (Anopheles quadrimaculatus species A) and Cellia (Anopheles gambiae and Anopheles funestus). Because the evolutionary lineage encompassing the subgenus Nyssorhynchus presumably branched prior to the divergence of the subgenera Cellia and Anopheles lineages, mtDNA of Nyssorhynchus species may possess different characteristics, such as altered gene order or different selection pressures, which may affect the utility of mtDNA sequences as markers for evolutionary studies. The purifying selection mechanism under which the mtDNA is assumed to evolve has been questioned recently with some reports describing positive selection acting at the mitochondrial level. Therefore, testing the pattern of evolution of the mtDNA within the postulated incipient species, i.e. to examine whether the mtDNA is evolving under neutrality versus purifying or positive selection, can contribute to the understanding of An. darlingi differentiation.

Different approaches have been used to estimate divergence times within An. darlingi and to determine the most likely scenario for its diversification. Based on a single mitochondrial COI gene, the date of divergence was estimated to the Pleistocene, and the Pleistocene refugium was the main hypothesis to explain current distribution. Recently, a Bayesian approach was employed to estimate divergence within other species complexes, including Anopheles annulipes in Australia and Papua New Guinea, and the Neocellia Series in the Oriental region. In addition, Krzywinski et al. calculated divergence dates of mtDNAs using a molecular clock approach with the subgenera Anopheles and Cellia, as well as with Aedes and between An. gambiae and An. funestus. No information exists on the time of divergence of Nyssorhynchus, which is hypothesized to be one of the earliest branching lineages of Anopheles. This study tests the differentiation of the An. darlingi genotypes using the whole mtDNA sequence, analyses patterns of selection within this taxon, and infers a date of Nyssorhynchus divergence from other Anopheles groups.

According to Dean [2]An. darlingi is capable of maintaining a relatively high transmission of malaria even when found in low densities. The mosquito species is considered a good vector, despite its infection rates tending to be low, even in high risk malaria areas. The re-emergence of malaria in eastern Peru is for instance attributed to the spread of An. darlingi into new areas, but the vector infection rate found was less than one percent [12,50]. In studies in the high-malaria risk area Rondônia in Brazil by Tadei [7] and Oliveira- Ferreira et al. [67], an infection rate in An. darlingi of 0.48% (one positive out of 210 and 47 positive out of 9,838, respectively) was found. Gil et al. [62] also found a low infection rate and considered that An. darlingi, which is the primary vector in that area, maintains malaria transmission by its high human biting rate and that transmission is supported through the high number of asymptomatic malaria cases in the human population. Anopheles darlingi has a relatively high susceptibility to Plasmodium infection when compared to other Amazonian species [68], and asymptomatic cases with very low parasitemias can be infective to An. darlingi, even if it is at a much lower rate than symptomatic cases [69]. The recent discovery of sub-microscopic, but highly infectious, low-density gametocytes of Plasmodium falciparum may be an additional explanation for the relatively continuous infections in the Amazon [70]. Mosquito infection rate can be relatively high at times [48]. Da Silva Vasconcelos et al. [71] found 8.5% of over 700 An. darlingi collected in Roirama (Brazil) to be infected with a Plasmodium parasite. This rate would be comparable to infection rates found for instance for An. gambiae and An. funestus in Tanzania (11.1% and 6.2% respectively [72]).

Gonotrophic cycle, longevity and age composition are considered important vector characteristics that are essential in determining the ability to transmit malaria. Based on the view that the gonotrophic cycle in other tropical anophelines lasts approximately three days [61,73] calculated a daily mortality of An. darlingi at Arapuaña, Brazil, of approximately 38%. He considered that only those females that had completed four or more cycles would be old enough to contain malaria sporozoites [74]. Of 1,596 dissected females in his study, only seven had laid eggs four times or more, resulting in a proportion of females that could be potentially infective with malaria sporozoites of 0.4%. In reality the gonotrophic cycle of An. darlingi may be two rather than three days [75], which means that the daily mortality at Arapuaña would actually be higher than estimated by Charlwood (approximately 51%).

Terzian and Stahler [76] considered that the male-female composition of a mosquito population may influence feeding behavior, after a laboratory study with An. quadriannulatus in which the virgin females never took a blood meal. This supports the hypothesis that take-off or host-seeking behavior is inhibited until a substance is transmitted to the female during mating. Recent studies on the behavior of several other anopheline species show that pre-gravid biting is common and sometimes needed before mating can occur [77,78]. Multiple blood meals within a single gonotrophic cycle appear to be less important in the life histories of neotropical Nyssorhynchus species, including An darlingi, compared to Afrotropical malaria vectors. One blood meal is usually enough for egg maturation [79,80].

Age of female mosquitoes is estimated from the parity rate of a population, i.e. the rate of females which have had a blood meal and have laid eggs (as determined using the ovarian tracheole dissection by Detinova [81]). The reliability of this method, especially in older females is subject to discussion [82]. Age composition of female An. darlingi collected in the field differs over collection time, collection seasons and locality. Higher variability in age composition may be found in the dry season, possibly related to availability of breeding sites and more stable climatic conditions [83]. Hudson [46] found that the parous rates of females he caught in Suriname from 19.00-22.00 h were 10-20% higher than those of females caught at other times of the night. The differences in age composition over season and time of day or night will need to be taken into account when collecting the mosquitoes for determination of infection rate [84]. Age composition may also depend on the distance of breeding sites to nearby human settlements. More gravid females and less nulliparous females are found close to breeding sites than in villages away from breeding sites [85].

Flight range of malaria vectors is an important determinant for their success in transmission over distance. Deane et al. [2] found breeding sites as far as 1.5 to 2 km from the sites of adult captures in the Amazon. In a study in Jardim das Copaíbas (Roirama, Brazil) Monteiro de Barros et al. [80] found that 20.3% of An. darlingi would fly over 500 m., 4.6% would fly over 1000 m., and less than 1% further than 1200 m. In comparison, Achee et al. [86] found recovery rates of 29%, 11.6%, 5.8% at distances of 0, 400 and 800 m., respectively, in Belize. Tadei [7] estimates a possible flight range of 5 km when going downwind, and Charlwood and Alecrim [87] in a capture-recapture study in Brazil found two An. darlingi females at 7.2 km. from their release site, nine days after release. Recapture rate at the release site was 12-19%. This dispersal behavior is similar to what is found in African anopheline species [88]. Due to the variability of the vectorial capacity determinants and their dependence on external factors vectors, obtaining insight into local An. darlingi vectorial capacity is difficult and requires a sound methodology and understanding of the variabilities.